The League of Ireland isn’t the only league set to get underway this month! The Healthy Football League is set to kick-off in just over a week on Monday, February 28 and League of Ireland players have been urging their supporters to sign up to see their club named as the healthiest club in Ireland.

The HFL, sponsored by Bank of Ireland, is an app-based health promotion programme which uses the friendly rivalry of football fans and communities to encourage health enhancing physical exercise. The competition is open to people of all ages and fitness levels. Whether you’re a serious fitness enthusiast or someone who just likes to walk for health and well-being, you can score valuable points for your club and visibly affect their position on the HFL table. Every step counts!

Players from across the SSE Airtricity Premier & First Division and Women’s National League were in attendance at Dalymount Park to launch the competition.

Speaking at the launch of the FAI’s Healthy Football League, Bank of Ireland’s Rob Heffernan said:

“I’m all in favour of anything that encourages healthy eating and physical exercise, and I also love the competitive element of the Healthy Football League. […] This is a fun and exciting way for League of Ireland fans to support their favourite clubs, and also reap the rewards of healthy living at the same time. […] It’s open to fans of all ages and fitness levels, so there really is opportunity for everyone’, and any initiative that helps your team to the top of the table is a winner in my eyes.”

The HFL, developed by the European Football for Development Network, is set to get underway on February 28 and supporters are urged to download the app and sign up ahead of the three-month competition.

Search ‘Healthy Football League’ in the app store or head to www.healthyfootballleague.com.

EFDN will launch the app-based competition to encourage football fans of all ages to make healthy lifestyle choices and compete against fans from other clubs. Together with their fans, the clubs strive to become the healthiest club in the city, country and Europe. Any fan with a phone using Android or iOS can register and start scoring points for their club.

The Healthy Football League is free to use for all European football fans, clubs, leagues and national Football Associations. EFDN members have additional features such as customised leagues with local schools, grassroots clubs or community teams and they can create special medals which they can link to their local health programmes. EFDN members can also include all match days in the app which provides their fans the opportunity to score additional points in the competition if they come to the stadium by bike or on foot. Clubs can engage even more with their fans by awarding discount on tickets and merchandise or giving away premium match day experiences if they are on top of the monthly league table. The club that wins the competition will be officially awarded as the Healthiest club in Europe! 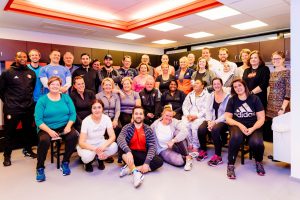 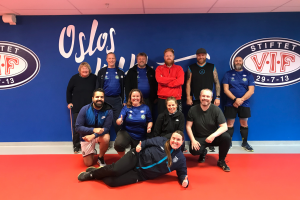